The Joy of Data

The Joy of Data

Ok, I stole the title of this piece from a BBC4 TV programme of the same name, broadcast in July 2016.

As one of the speakers said, “the proper use of data reduces uncertainty” and that just about sums it all up. Smart people use data to get things right.

Far from being the modern fashion that phrases like ‘Big Data’ might have us believe it was the Victorian statistician William Farr who got things going with his in-depth analysis of the London population census and its application to working out how cholera epidemics started (it was the water supply). Later, the detailed proceedings criminal trials at the Old Bailey (1674-1913) provided data from which, for example. word searches showed how cases moved over time from being about property to being about offences against people.

So, data provides information which leads to wisdom, according to the programme.

In 1948, Claude Sherman, working at Bell Laboratories in the US, came up with the binary system and then things really took off. Lyons Tea shops, in the UK, in the 1950’s used Sherman’s work to simplify and streamline the business operations of their vast network of outlets. So it goes until now when data, its analysis and proper application, is ubiquitous. The weight of data available, used correctly, shows that even the strongest held beliefs can be overcome.

Premonition has the world’s largest litigation database, which can be interrogated to provide objective and quantitative answers to a myriad of separate but interlinked questions about how courts, judges, lawyers, plaintiffs and defendants behave within and between jurisdictions, case types and outcomes.
Experience has shown that solicitors and barristers are wary, if not plain disbelieving, of this data. Their clients, however, are using it for many other purposes than just choosing lawyers with a winning, proven track record.

Rather than relying on hearsay, reputation or anecdote or indeed, depending on subjective and qualitative data from directories or comparison websites to choose a lawyer, the wise buyer of legal services backs up their instinct with data and, there is no resource as big in the world as Premonition’s proven data.

Ultimately the market decides and it’s beginning to decide that within the decision making process, transparency is paramount for any product, but particularly legal services.   Oh, the joy of data.

Source: The Joy of Data by Ian Dodd 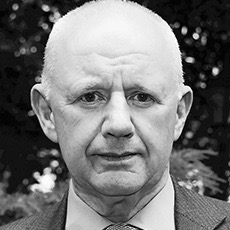 Ian Dodd has worked with the Bar in England & Wales for almost 15 years. As a CEO of barrister’s chambers and, latterly, as consultant to chambers and law firms he has helped the profession through the challenges of LASPO and the rapidly changing landscape of the legal profession. In 2008 Ian set up Legal Futures, a virtual chambers which provided advocacy and court appearance services to a number of major solicitors’ firms. He has also served on Bar Council and Legal Services Commission committees. Prior to this Ian has held main board positions in businesses in Telecommunications, Chartered Surveying, Logistics and Agriculture. He has a Ph.D from Hull University.

The Joy of Data was last modified: September 12th, 2017 by Ian Dodd in Pulse
Share