The New Normal in Claims Management

The New Normal in Claims Management

Random No Longer Rules: Premonition Analytics and the New Normal in Claims Management

In just a few short years, big data and analytics have fundamentally shifted the way claims departments litigate claims. How are these technologies changing how experts assess risk in the courtroom?

In the movies, plucky heroes are forever setting off to solicit the aid of mysterious wizards. Muttering arcane language and appealing to strange powers no mere mortal could hope to understand, the magician makes the situation either better or worse, taking the end result out of the hands of the poor sods who asked for their assistance.

Until recently, a claims professional probably experienced a similar mixture of hope and helplessness. Lawyers are often seen as the keepers of “secret knowledge.” Yet numerous studies have shown them to be little better than random at predicting the outcome of a given case. The outcome of cases worth millions, too, often come down to a coin toss. 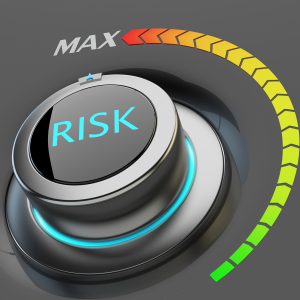 Today, it’s common practice for claims managers to consult data scientists as part of their risk assessment process. Litigation analytics firms help insurers determine when it’s most practical to settle a claim or to proceed to court by identifying red flags based on historical trends. It’s telling that few managers will even hire a lawyer without knowing their courtroom win/loss record; a metric that would’ve been virtually impossible to verify even five years ago.

The science of predictive analytics comes down to isolating reliable bellwether metrics within a given data set. If you can find a factor that is regularly correlated with a given outcome, whether or not you understand why that correlation exists, you’re on your way to cracking the code.

For many years, the $437 billion USD legal services sector was one of the few holdouts in a marketplace that has otherwise been thoroughly disrupted by data-driven efficiencies, price-matching tools and online reviews. Litigation was thought to have too many variables for effective predictive modeling, but a few firms, like Bloomberg, LexisNexis and Thompson Reuters, questioned the conventional wisdom and began to develop products.

What they found was that, while the particulars of each case indeed varied widely, the respective track records of the lawyers assigned to the case were the strongest predictor of future results. They looked at not only their overall win/loss records but also how well they fared in the case type at hand in the jurisdiction where the case is to be decided and in front of the judge overseeing the case.

In general, the more historical data an AI has to analyze, the more accurate its predictions will be. Collecting this data proved to be no small challenge, as there is no central repository for court records in the United States (let alone globally). A Miami-based InsurTech firm, Premonition, was the first to come up with a winning and scalable solution for the insurance industry. By scraping millions upon millions of cases from online databases at the federal and state court levels, they were able to generate the largest litigation data repository ever assembled, fueling further breakthroughs in the field.

The insurance industry has been the major beneficiary of these innovations. Insurance claims represent a huge share of the litigation occupying America’s courthouses, and the outcome of a given case can have existential consequences for brokerages. Insurers have, by and large, long been early adopters of new technologies, as they seek to maximize their margins by all means available. Adding technologies that allow managers to exert more control over the claims process once it moves into the legal system adds a degree of security that the industry has never known before.

While some advocates have noted that the costs of these analytics platforms are prohibitive for claimants, thereby granting an even greater advantage to insurers in court proceedings, there’s no way to put the genie back in the bottle. It remains to be seen how profoundly litigation analytics will change the balance of power in the industry, but it’s already clear there is a new normal in insurance.

The New Normal in Claims Management was last modified: May 14th, 2019 by Erin Huber
Share