The Lawyers, Who Don’t Care About Winning

The Lawyers, Who Don’t Care About Winning 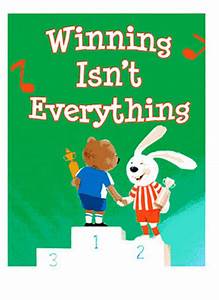 Most start ups and emerging technologies enter a market with an initial hypothesis and set of assumptions, that rarely stay the same as product evolves and iterates.

During the early days of Premonition, we made one assumption we thought was a sure fire certainty, that lawyers would be thrilled about the opportunity to highlight their performance in court and would be shouting from every vantage point.  We assumed that from the wine bars of Wall Street to the speakeasies of Canary Wharf, there would be a celebration about the arrival of performance transparency and metrics.

This assumption was dealt an early reality check, when presenting Premonition to an array of lawyers on the upper floor of a particularly handsome building in the City of London.

Co-founders Toby Unwin, who launched the Premonition platform as a result of his own direct frustration with the lack of transparency around law and lawyers, was astonished by the attitude taken at this particular meeting.

“We presented our UK Courts Report to a prestigious firm, with fabulous large offices in the City of London, but one of the partners didn’t want to engage, bad body language throughout, with objection after objection to our report.  Finally, she came out with the comment … “winning isn’t important”…. which was followed by a significant pause from me, as I let it sink in and simply replied … “but clients like it”

What is more remarkable about the statement, is that it’s not an isolated or a momentary lapse, we hear it quite regularly as we travel to different meetings and events around the US and overseas.

Toby continues, “this happens quite a lot, sometimes when lawyers we’re chatting with let their guard down after a drink or two and admit much the same.  I suppose, if you’re on the clock, you don’t care so much about winning, you care more about how long the case lasts, how much you can bill (or the equity partners need you to bill).  As someone who used to sit on the other side of the desk and pays their bills, that really pisses me off.   You hire people and think they’re going to make this amazing effort on your behalf, but in truth a lot of them don’t actually care and yes, people do say this in law”.

This approach is endemic within the industry and is a cultural issue.  It’s hardly surprising if an industry charges (and gets away with) timed billing, that dragging out a case as long as possible and focusing as much on your revenue, as the best result for your client, will lead to this approach (or non-approach) to winning a case.

The legal industry is on the verge of significant change and the arrival of data and AI is at the heart of that change.

Whether it’s automated contracts, comparable fees or transparency about performance, the lawyers who don’t care about winning will become ever more apparent and ever more anachronistic, within the rest of the industry itself and more importantly, to the future buyers of legal services.

The Lawyers, Who Don’t Care About Winning was last modified: April 23rd, 2018 by Andrew Weaver
Share