Moneyball for Law: An Unfair Advantage?

Moneyball for Law: An Unfair Advantage? 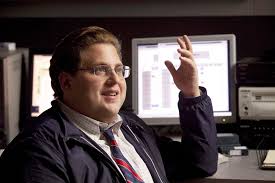 The term “Moneyball,” after the title of Michael Lewis’ 2003 book on baseball and analytics, has become shorthand for any effort (in any field) that exploits market inefficiencies, through statistical analysis.

In the burgeoning field of legal analytics, the potential success of Moneyball-esque strategies relies on two factors:

1. The legal service sector’s traditional lack of transparency and resistance to change.

As our co-founder here at Premonition, Toby Unwin, noted in a 2015 interview with Forbes magazine, the algorithms used by legal analytics companies can be applied to many fields, from lobbying to healthcare: “Law [simply] happens to be a business where there are huge gaps between what people believe to be good and what actually is. It’s a $400B market where we are the only player to know the value of the goods.”

The subtitle of Lewis’ book, The Art of Winning an Unfair Game, recognizes that it’s usually those at a disadvantage who are forced to come up with creative solutions to remain competitive. In the case of Moneyball‘s cash-strapped Oakland A’s, that meant finding inexpensive but exceptional talents with skill-sets that had been undervalued by traditional baseball scouting.

The corollary in legal analytics is cutting through the superficial prestige accorded to big firms to find the best performing lawyer for the case at hand: who has won most frequently in this district, in this case-type, before this judge. Performance metrics pour ice water on a client’s emotional response to an expensive suit, a gleaming office, and a polished sales pitch, leaving only a cool calculation of win probabilities.

In the wake of the Moneyball A’s success, the market corrected: teams with more money soon recognized the value of the types of players Oakland had targeted, and as a result, those players’ salaries skyrocketed out of Oakland’s price range. The team was forced to continue to mine deeper into analytics to stay ahead of the game. Legal analytics, by comparison, has not yet reached the same saturation point, meaning that in many cases only one side has access to relevant litigation statistics. The insights offered by analytics on factors as diverse as the effectiveness of expert witnesses, proclivities of judges and arbitrators and even the probabilities of a motion’s success can mean as dramatic an advantage as vision versus blindness.

Check out our blog for more of the latest on where legal analytics is headed.