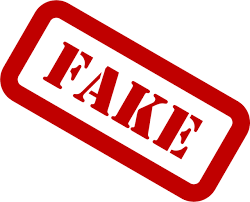 Last week, up-and-coming firm FLF Abiola & Co. captured the highly coveted title of “Film Financing Law Firm of the Year in Nigeria” from both Finance Monthly and Corporate INTL, which claim a combined readership of nearly 300,000 per month. Netting this rare international two-for should’ve been a major coup for the (very) young African firm, yet the win was greeted with howls of laughter by the notoriously salty UK press. The venerable Guardian was even moved to note that Abiola’s “logo bears more than a passing resemblance to an ejaculating penis.” It’d be understandable if Abiola felt that the tenor of the coverage verged on bullying, even given such a  graphic design gaffe, but the only ones crying foul are the awards’ presenters. You see, FLF Abiola & Co., is not strictly speaking a real law firm, or even a particularly credibly faked one.

The firm was the invention of satirical law blog RollOnFriday, designed to lampoon purveyors of cash-for-credibility legal awards like Universal Media (the publisher of both Finance Monthly and Corporate INTL). After ROF revealed their ruse, a Corporate INTL spokesperson “concede[d] that there has been a breakdown in the due diligence/judging phase of our awards programme,” but that seems like a slight understatement. While the logo alone might not have been enough to erect a warning sign, there were other red flags. The photo purported to be of firm founder Dennis Abiola was, in fact, American actor Danny Glover. The Nigerian address provided did not exist. Even the FLF in FLF Abiola & Co. stands for Fake Law Firm. A cursory internet search would’ve been enough to cast doubt on the existence of the practice, but that might’ve obstructed the work of sending pre-drafted emails asking nominees and winners for £300 to fund an attractive sponsorship and promotional package.

Of course, there were a few giveaways that the awards Universal Media and their ilk present are not exactly on the level either. For one, the awards allow users to nominate themselves under categories of their own invention, which would be a little like letting disgraced “pharma bro” Martin Shkreli name himself Hedge Fund Manager and Wu-Tang Clan Patron of the Year (with a special commendation for Courage Under Fire). For another, the Corporate INTL Legal Awards page is accompanied by a sidebar listing benefit “sponsorship,” including,

It’s difficult to determine precisely what this is intended to convey as it is written rather incoherently, but what it seems to suggest is that paying the magazine money will result in (hugely) more nominations. This perhaps undercuts Universal Media’s assertion that these awards are a “prestigious independent accolade.”

The coup de grâce of RollOnFriday’s trolling campaign came when “Abiola” balked at Universal Media’s willingness to accept payment in cash by mail:

“I am deeply ashamed,” he emailed Corporate INTL. “One of our backers has forbidden the firm from paying for this service due to fears of illegitimacy… Sadly the UK has a reputation here in Nigeria for perpetrating sophisticated frauds on our citizens. Yours in Christ.”

“I would ask you to simply Google ‘Corporate INTL Awards’ and you will literally see hundreds of professional advisory firms from around the world commemorating their success in our Awards. Your Managing Partner can surely distinguish our brand and legitimacy by simply doing a few minutes research on our business?”

Are all legal awards worthless?

Legal awards purport to recognize the firms and lawyers which provide the best service within their particular areas of expertise. In years past, awards and directories were virtually the only public performance benchmarks in legal services, and it’s no surprise that plenty of firms bought into their prestige (literally, in some cases). But the very quality they sought to spotlight was something of a mirage: the question of who is and is not a good lawyer was a matter of interpretation. How do you weigh one spectacular win in a landmark case against a number of subpar performances in smaller trials? And whose word can be considered authoritative in such matters anyway? The answers to these questions were barely relevant in any case: no one was actually monitoring every case every lawyer tried anyway.

Premonition’s UK Director Ian Dodds spent much of 2016 on a one-man jeremiad against the excesses of the traditional legal rankings. Here’s what he had to say about their methodological problems:

“Essentially, you get some of your mates to say nice things about you (you’re not going to do otherwise, now, are you?). Then you pay (how much depends on how much of it you want to be in print) the directories to reproduce these nice things and come up with some artificial rankings in a host of different categories.

The rankings are artificial because they’re based on qualitative and subjective comments, the sources of which are not treated to any moderation or levelling to ensure each comment is weighted to equivalence.”

His account further down in the post about legal award ceremonies is similarly acerbic: bad food, overpriced wine, business cards for the recycle bin and a bad hangover.

Since the validity of even the most well-known awards, the ones that bother to employ real researchers to survey professionals in the field, is so flimsy, the doors are wide-open for opportunists. Like the classic strip mall lawyer who displays an absurd array of supposed degrees and certifications on the wall behind his desk to dazzle gullible clients, the number of awards a firm can “win” each year is limited only by its imagination and its budget. Perhaps the one true thing Universal Media told “Abiola” was that hundreds of companies display awards from its publications, which translates to thousands in the company’s coffers.

The best that might be said of acclaim based on peer review is that many potential clients still operate under the shared delusion that higher rankings correlate to better service. A 2017 legal marketing survey found that directories remained the sixth most influential factor for customers choosing among lawyers. Lawyers by and large are not fools—putting money into awards and directories can lead to a worthwhile ROI in some cases. But both clients and firms alike must realize that, to the extent that they do work, legal awards are marketing tools, and marketing tools only.

Earlier, we noted that one of the legal directories’ great failings is that they lack the ability to monitor and evaluate cases directly. Surely if Universal Media’s judging criteria required them to send a representative to the Nigerian courthouses where FLF Abiola & Co. supposedly litigated, the jig would’ve been up fairly quickly. In a sense, however, legal analytics companies are able to fulfill that function. (There’s a reason Premonition’s logo is an all-seeing eye, and it’s not an homage to CBS, former home of beloved legal drama Judging Amy.)

Every case has a record, and every record filed online eventually makes its way into Premonition’s constantly expanding database. By examining a lawyer’s track record to see whether they actually win in court, it’s possible to tell which ones provide the most surplus value to their clients. The awards firms can win vary from the £300 JPEGs offered by Corporate INTL to the well-crafted trophies of glass and chrome that decorate the reception desks of Big Law firms—but which kind a firm ends up with is largely just a matter of how much they care to spend. The AI can’t see whether the best lawyer is well-tailored or operating out of an office between a hair salon and a Cinnabon, and it certainly doesn’t read the directories. All it does is compare each attorney’s past performance based on judge, jurisdiction and case type, and calculate their likelihood of winning again.

Premonition has written a number of pieces over the past year about the ways that people purchase legal services is changing:

This isn’t necessarily the end of the line for the higher-end directories, like Chambers and Partners, provided that they’re wise enough to recognize the inexorable spread of legal analytics before it’s too late. There’s no reason the directories can’t make analytics insights the foundation of their rankings—in fact, it’s hard to think of any argument why they aren’t already. After all, part of the value legal analytics firms provide their clients is the expertise necessary to interpret the results. Combining analytics with the contextual expertise Chambers’ researchers bring to the table could one day provide a more nuanced analysis of outlier cases with little direct precedent.

And, of course, there will always be awards available at the right price, and firms willing to pay that price to impress customers (they hope) haven’t read about RollOnFriday’s unique variation on the Nigerian Scam. But clients that want to actually win cases would do well to remember that most legal awards a firm may boast were quietly paid for in cash. Let someone else help them recoup their investment, while you keep an eye on the facts.