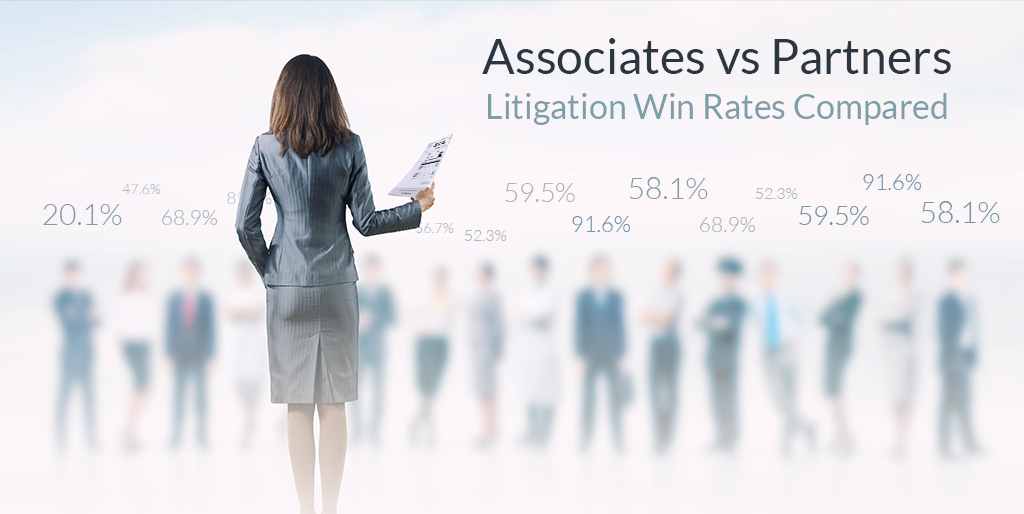 Alvin Benton, an Attorney at Holland & Knight in Orlando, Florida has a 97% win rate. He’s 100% in front of some Judges and has had a run of 32 consecutive wins before one of them according to legal analytics firm, Premonition L.L.C. (www.Premonition-Analytics.com). They claim he is one of the best Lawyers in Orange County and that his win rate is better than any other Litigator in that office. “They’re mainly timeshare cases and fairly easy to win, but he’s still head and shoulders above the industry average win rate of 75% for that case type. He doesn’t handle the type of cases our clients have, but he’s clearly very talented. Our system is designed to spot outliers like him.”, Premonition Director and co-founder, Toby Unwin said.

Benton is only an Associate at Holland & Knight despite a stellar Litigation track record. “Partners at Big Law firms are usually chosen based on the number of hours they bill and the value of clients they bring in. Courtroom prowess is a minor factor.” – says Richard Waserstein, a prominent Miami Attorney and Premonition Board member. “It’s a widely held believe that Partners are better than Associates, but we often come across Associates that have higher track records.” claims Premonition CEO and co-Founder, Guy Kurlandski. “We’re very disciplined here about not holding opinions unless we have the data to back them up, but it occurred to us that no one had ever done a study on this. If Partners aren’t selected based on Win Rate, then maybe there was no difference between them? We decided to find out.” he continued.

Premonition recently completed a study of the major law firms. Targeting the Miami 11th Circuit Court, one of the busiest in the nation, they looked at data from 2010-October 2014, over 100,000 civil cases. Restricting the survey to just the 20 largest law firms by Attorney count in Florida they were able to extrapolate the first ever ranking of Big Law by their results. From this they looked at the titles of the Litigators identifying 79 Attorneys who handled 1,648 completed cases. There were 52 Partners and 27 Associates, i.e. the Partners handled nearly twice as many cases.

Premonition found a 58.1% win rate for the Associates. The Partners? 59.5%, just 1.4% more. “We often find that in law, you don’t necessarily get what you pay for. While there are some Partners at the Big Law firms with phenomenal track records, on average you’re paying around 50% more for only a minor increase in performance.” Unwin said.

“It could be argued that Partners try the harder cases, but we found there was a lot of cross over on case type within firms. Many Partners will oversee Associates’ work and many Associates will work on Partners’ cases, so a blending of results is inevitable, but even we were surprised at how close it was.” says Kurlandski. Are all Attorneys pretty much the same, does it make no difference who you choose? “Absolutely not. There are vast differences in Attorney performance. Their title and how much you pay them doesn’t matter, but if you want to win, you need to select a top performer by case type for your Judge.” Said Unwin.